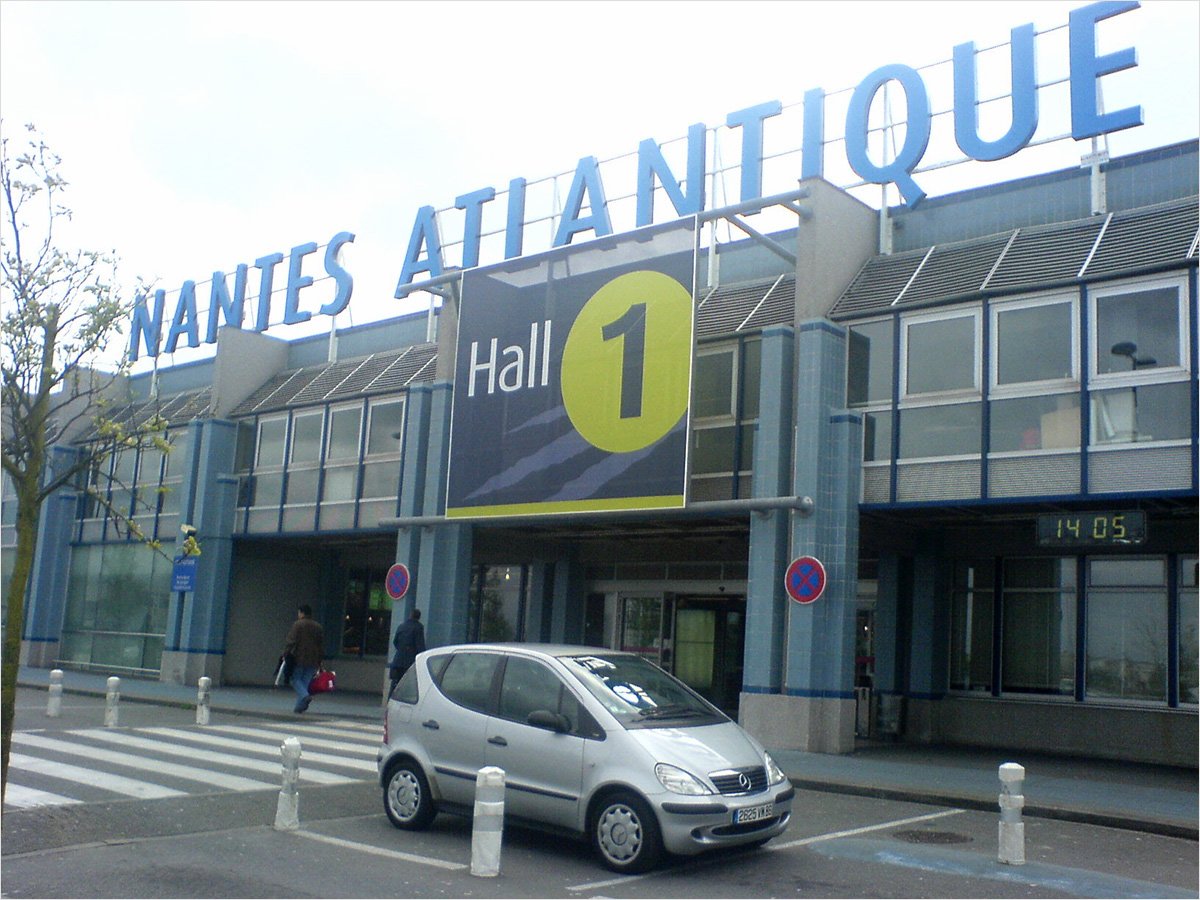 Visitors from the UK. This gives you a choice of Easyjet flights from London Gatwick, and there are connections from many other UK airports via Paris or Amsterdam (We have included several below).

Visitors from Ireland. You now have two direct flights, Aer Lingus and Ryanair, from Dublin.

For visitors from further afield, Nantes is also served by direct flights from Paris CDG (Air France) and Amsterdam (KLM), so you may be able to add the destination as a connecting flight.

There are also flights from Amsterdam, Barcelona, Brussels, Copenhagen, Geneva, Hamburg, Lisbon, Lyon, Madrid, Munich, Paris (CDG and Orly), and Rome. We have listed a large number of flight arrivals from European destinations below, but this is not exhaustive. By using a travel site such as Expedia, you should be able to find a range of incoming and departing flights.

Our shuttle makes its pickup at Nantes Atlantique International Airport at 17:15. This time is designed to work with a large number of flights:

Please ensure that the flight you book arrives no later than 16:15 to give you sufficient time to collect luggage and clear passport/customs.

If you elect to come by train, the best (and last) connecting train from Paris is the TGV8809 which leaves Paris Montparnasse at 13:41 (arrives 15:51).

On arrival at the Gare de Nantes, take the Navette Aéroport (airport shuttle) which runs every 20 minutes, journey time 20 minutes (current cost 9€). You can also take a taxi to the airport – cost circa 35-40€.

A: No problem. When you clear the airport take the Navette Aéroport to the Gare de Nantes.

The Nantes shuttle makes its drop-off at Nantes Atlantique International Airport at 13:15.

Please ensure that the flight you book departs at or after 15:15 to give you sufficient time to check in and drop luggage.

If you are leaving by train, take the Navette Aéroport (airport shuttle) which runs every 20 minutes, journey time to the station 20 minutes (current cost 9€).

The first train that you can connect with is the 15:10 train to Paris Montparnasse. You can also take a taxi to the train station – cost circa 35-40€.

A: No problem. There is one train from Saumur to Nantes that you can take:

Q: Help. My flight leaves Nantes before 12:45 on Saturday.

A: Ouch, but not a problem. The only way to make this work is to put you on a train to Nantes on Friday evening. There are several direct trains from Saumur on Friday evenings. We can help you find a hotel near the station.

Nantes is decent-sized airport with lots of amenities, so not a bad place to hang out with coffee and a book. And the city of Nantes itself is lovely, so well worth an few hours, an evening or even a day of exploration.

We are doing both plane and train pick-ups at Nantes Atlantique International airport because as Nantes is a larger city there is a dedicated shuttle between the airport and train station. It is the fastest and most efficient way into and out of the city and means you don’t need  to worry about us getting stuck in city traffic moving between the two. It will take a load of pressure off both of us and means if there are flight delays or train delays we are in ONE place waiting for you. We will designate where in the airport to meet prior to arrival. 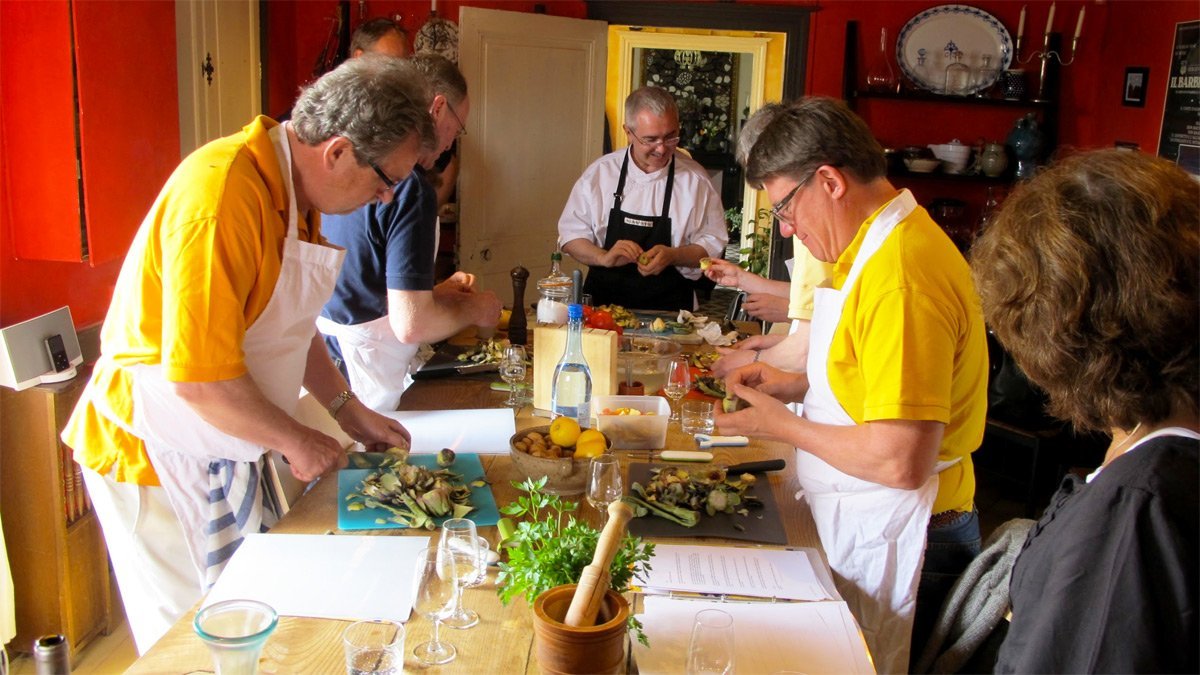 “ What warm and wonderful human beings Aaron and Wayne are! Thank you for your kindness, your welcome and how generously you passed on your skills and special tips. We hope to be back in the not too distant future. Love”

Nothing says Easter, to a Brit, like hot Cross Bun

Our most requested dessert this year. Basque Chees

For my birthday, I created a cherry and chocolate

Stepping back in time with this one. Apricot mouss